WINNERS OF THE GRAMMAR CONTEST AWARDED 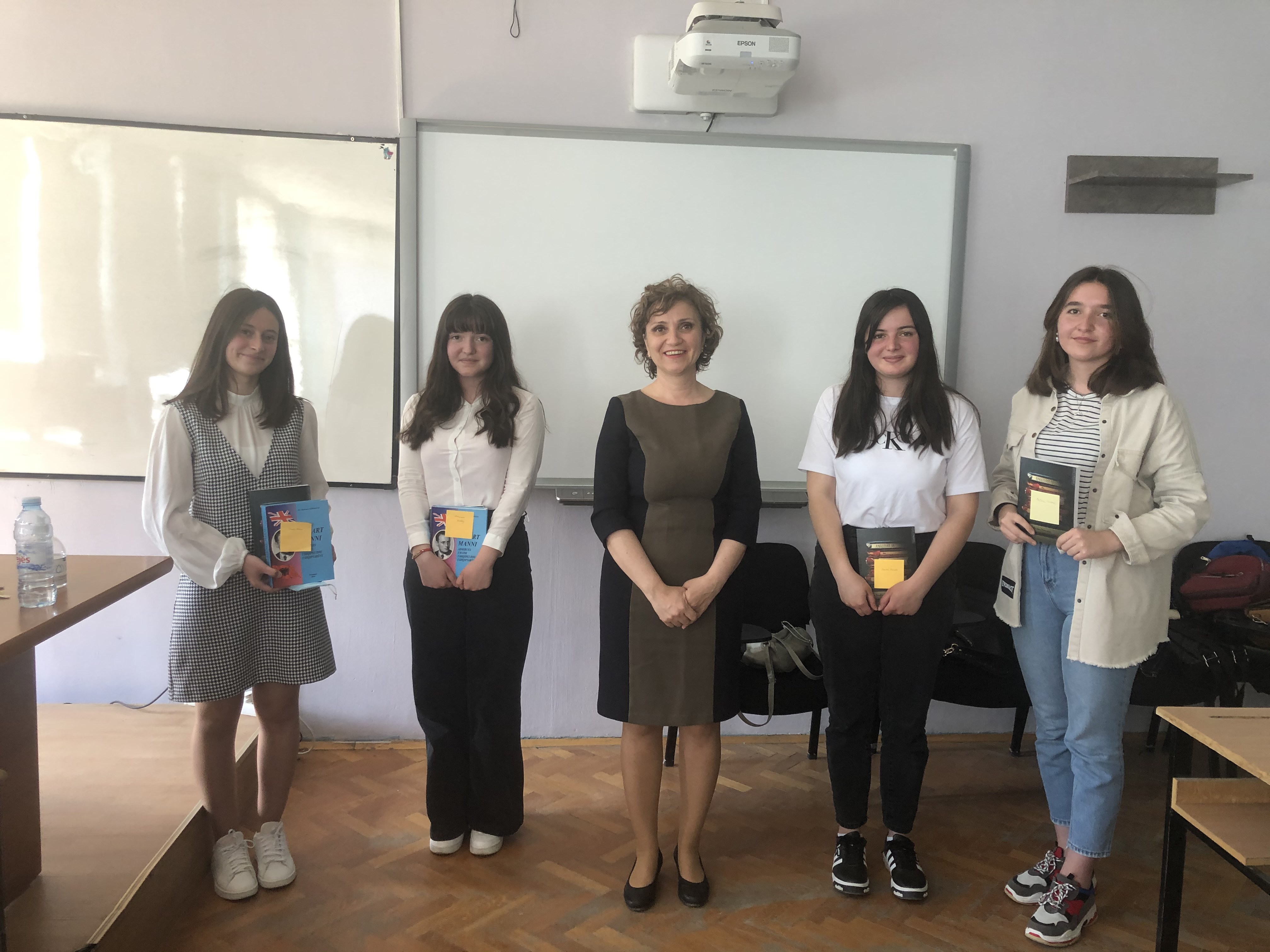 The Grammar contest initiated by the team of English Grammar 2 instructors in formulating examination questions was concluded. Student who participated in the contest put utmost effort and produced an immense number of good examination question covering the material foreseen in English Grammar 1 & English Grammar 2 syllabus. The team of instructors reviewed students’ work and found that it was not at all easy to rank the students since all the participants had done a really good job. Although it was not at all easy to decide, the winners of the contest were announced and were awarded books authored by Professor Shykrane Gërmizaj.